The death of me

Shortlisted for the Sheffield Authors Short Story Competition, part of the Off The Shelf festival.
​https://www.sheffieldauthors.co.uk/short-story-competition 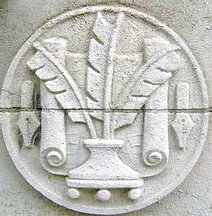 Judges comments
​​​This story, about two older ladies, chatting in the old Castle Market has a great sense of atmosphere. The Sheffield dialect is done very well. Their conversation tells the story, with the undercurrents between the two characters portrayed well. Joan’s secret is a lovely but heart-breaking touch to this story, which ends with life affirming laughter.

Wonderful sense of place and character. The humour of Joan’s repeated phrase “You’ll be the death of me”, adds to the poignancy of her secret.

This story was so well observed that I felt I knew the two women. It used a common saying to explore both a relationship and terminal illness. The dialogue was well written and made it very easy reading. The accent placed the story in Sheffield and the setting felt very alive with locals.
Every Friday morning for years they had met at the Soda Fountain Café in the Castle Market and, over instant coffee and fried food, complained about their husbands. Complaining was a ritual of their friendship, their common ground. There was no heartfelt hostility. Complaint was their chosen art form. There was nothing new in what they said, like there was nothing new in the market, expect sometimes a repainted stall sign. Its distinct smell was absorbed in the fabric of the old building; meat, fish, fresh fruit and veg. It was tatty, bustling, noisy; full of raised voices and music and banter. Full of life.

‘These bags’ll be the death of me will this, atell yer Margaret,’ said Joan as she put down her shopping and huffed into the chair, her backside fitting neatly into the contours of the moulded plastic.

‘He never does it does he, but what’d happen if I didn’t do it? He’ll be the death of me will that man, atell yer Margaret.’

‘My Walt’s the same. Sits round on his arse all day. That pipe under the sink’s still leaking.’

‘It isn’t! He’s not fixed it yet? That one in the bathroom?’

‘Course not. He’s just hunga tub undrit. Never empty’s it neither. Always me as does it.’

‘Deary me,’ said Joan shaking her head in disbelief. ‘Not fixed yet.’

‘Wunt surprise me to get home and find the whole bloody house flooded and him still on his arse in that chair.’

‘Aiy, that’d be the first time in months heedev moved an all.’

Margaret rested her chin on her hand and watched the people milling around the cafe.

Joan shifted round in her chair.

‘That lass in the black top,’ replied Margaret. ‘She were with one of our Brian’s mates, Tom....Tom something, can’t remember his surname – her mother’s that one with red hair lives near that club on Upperthorpe Road- and Brian said she nicked five hundred quid off him and blamed her best friend. Then her and the friend had a massive fight, proper punch up, and her friend worint hospital for near two week. Broken nose, stitches, the lot.’

‘Her with the red hair did that? Dint think she’d be the sort,’ said Joan.

‘She looks the sort dunt she,’ said Joan

‘Aiy. Not much ofva friend to have, that. I told our Brian to steer well clear. Not that he ever listens to me. He’s as bad as his dad. Thirty six ana still ave to tell him to tidy his room!’

‘How’s he gonna get the money back then?’

‘No it wont him, it was his mate Tom who she nicked it off.’

‘My Arthur loses that sorta money every month,’ said Joan. ‘Bloody bookies. Never wins ouwt sfar as I can tell. We need a new kitchen an all. There’s mould in some of me cupboards. He keeps sayin he’ll sort it. All lies.’

Joan looked down at her handbag weighing heavy on her knee. It had been a few weeks now but she had still not told Margaret her news. It was easy to hide it. There was nothing to give it away. Not yet. She’d had a smoker’s cough as long as they’d know each other. The doctor at Weston Park said it was still early days and there were things they could do to manage it.  She didn’t trust doctors.

They both watched, trying to be inconspicuous, as the girl left. Tattooed, pierced, she gave them a cold hard stare.

‘Our lad’s girlfriend’s got a tattoo. Right across here.’ Joan indicated across her chest, her handkerchief in her hand. She had taken it out of the front pocket of her handbag to dab at her eyes.

‘He brings allsorts home atell yer Margaret. He’ll be the death of me that lad. And she always makes sure yer can see it proper an all, the tattoo. Wears these low cut tops, yer know. Arthur’s always lookin, every time she comes round.’

‘Won’t be the tattoo he’s lookin at neither,’ said Margaret.

‘Here,’ said Joan, leaning forward and resting a soft wrinkled hand on Margaret’s blouse sleeve, ‘a give him a flash of mine. So he remembers where he should be lookin.’

‘Course not! It’d give em all a right shock though wunt it?’

Now it was Margaret wiping tears from her eyes.

‘What a thought though. Stop it, folk are lookin at us.’

‘Am not flashing them an all, Marj.’

They both tried to stop but they couldn’t, laughing now at the other one laughing. The people around became aware of their helpless state. A shifty young man watching everything from under the peak of his cap. Pat and Mick in the corner, where they always sat. John the bus driver at the serving bar on a stool that barely held him. Two old ladies who never smiled but always said hello. Maureen in her greasy apron, talking across to the butcher on the other side of the thoroughfare. Some of them watched Joan and Margaret, some couldn’t help smiling along with them.

They were a wraggle taggle family, habitually gathered. Food and shelter and companionship, it was all they needed in this moment. It was a home of sorts, under a false ceiling of metal lattice work and exposed stained pipes, neon tube lights compensating for the blockage to natural light.

Between tears of laughter Joan managed to speak.

‘Yerll be the death of me, atell yer Margaret.’