My eye has seen you

A recollection of childhood winter walks and their spiritual significance later in life
From Issue 37 ('Dominion') of Fathom Magazine
​https://www.fathommag.com/stories/my-eye-has-seen-you​ 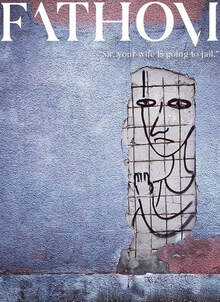 Growing up, my Grandma and Grandad would come and see us every Friday night. My Grandad and I would go for walks on the country lanes north of Sheffield on the edge of the Peak District. During one winter—I must have been around eleven years old—he showed me the night sky and taught me to recognise some of the major constellations. It came out in conversation that the stars had first caught his attention during WWII, stationed beneath the war-darkened skies of Jerusalem, and in possession of powerful, army-issued binoculars.

The constellation I best remember is Taurus, the Bull - a distinct arrow head, angled down. It moves across the southern winter sky, in neverending pursuit of the Pleiades. My Grandad let me look through his binoculars and I saw the full extent and depth of Taurus come to life. Through the lens, the arrow head was still shining but surrounded by hundreds of new stars, previously invisible to my naked eye.

When my Grandad died in October 2008, nearly twenty years had passed since our winter walks. During that time I had left home, lived in three different cities, got married and started my own family. And I had forgotten the stars.  But not long after he died, maybe seeking some connection, I decided to look again at the constellations and finish learning what he had started teaching me. When I trained my binoculars on Taurus, I was in awe. It was exactly as I remembered it as an eleven year old boy, standing on those quiet country lanes. I knew, in my head, that the patterns of the stars don’t change (at least to the human eye), but to actually see it, demonstrated over a considerable period of time, was a powerful experience. The arrow head and all the stars surrounding it.

God in the StarsIn the stars, Job saw the power of God.  In Chapter 9 Job says of God that it is:

he who commands the sun, and it does not shine
and seals up the stars,
he alone spreads out the heavens,
and treads on the waves of the sea.
He makes the Bear, Orion, and the Pleiades,
and the constellations of the southern sky

In the stars, Job also saw the existence that—in his most difficult moments—he wished had never come to him. In Chapter 3 Job says of himself:

Let the day on which I was born perish
That day—let it be darkness;
let not God on high regard it,
nor let light shine on it!
Let its morning stars be darkened

Yet God had every intention that Job would enter his creation, and so it was.

Indeed Job existed in a recognisably worthy way. He was a blameless and upright man, who feared God and turned away from evil. There was no one like him on earth. But this status did not make him equal with God. Even Job himself recognised this, saying later in chapter 9: ‘Although I am innocent, I could not answer him.’

God brought Job into his presence. He spoke directly to him. And in doing so God himself appealed to the stars. Not from below, not looking up in wonder and amazement as Job and his friends did, but as their very Creator, able to ask of Job:

Where were you when I laid the foundation of the earth?
when the morning stars sang in chorus, and all the sons of God shouted for joy?

God brought Job to a place of truth. He drew from him the words ‘I had heard of you by the hearing of the ear, but now my eye has seen you, and Job despised himself and repented in dust and ashes.

The stars that I looked at with my Grandad are the same stars that Job looked at - a part of the backdrop against which Job wrestled with his own existence and his suffering, and later, a part of God’s rebuke and of God’s revelation of himself. And God blessed the second part of Job’s life more than the first. He doubled all that had belonged to Job. He gave him family and friends, silver and gold, comfort and consoling.

Life Under the Stars As I look back on the life I have so far been given, I see how, through experiences of suffering—loss, grief, and depression—God has given me a better view of him and is moulding me into being a person who trusts God with my life.

My Grandad saw the old, wartime, Jerusalem, but one day the new Jerusalem, described in Revelation 21, will descend out of heaven from God and the home of God will be with us. In this new Jerusalem ‘death will not exist any more—or mourning, or crying, or pain.’ It will ‘not need the sun or the moon to shine on it, because the glory of God lights it up, and its lamp is the Lamb.’

No night. No stars. Just God himself, and my eyes at last will see him.

Until then, my existence is beneath the stars. I believe that God will continue to bless me, even in my suffering. I believe that the one who has begun a good work in me ‘will perfect it until the day of Christ Jesus.’